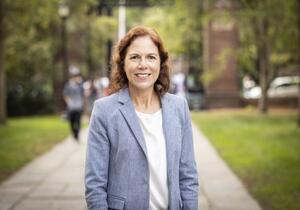 Kim joined Yale as SAS’s director in 2021.  Previously, she was part of the University of Connecticut’s Center for Students with Disabilities team, where—in addition to her own caseload—she supervised regional campus coordinators and the accommodations and assistive technology teams, and oversaw center outreach activities.  Kim has also led projects and programs for state government, education, and healthcare, and taught high school special education.  Kim received her M.A. from Chapman University and B.A. from Biola University. When not working, she enjoys time on the water boating with her family and spends time on high school sidelines watching her daughters play sports. 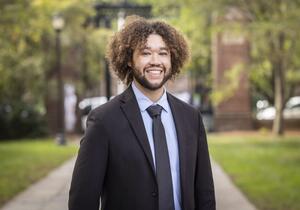 Jordan joined SAS in 2021. Hailing from South Jersey, he identifies as and is proud to be a biracial first-generation and low-income graduate. He received his B.A in Classical Studies from the University of Pennsylvania and a Masters of Marriage and Family Therapy from the University of Southern California (USC). He started in disability services in 2015 as a Graduate Counselor and transitioned to working as an Assistive Technology Specialist for USC in 2017. Prior to working in the field of accessibility, Jordan served as a psychotherapist with high school students and provided Cognitive-Behavioral Therapy to substance abuse populations. At Yale, he oversees the Student Workers in Assistive Technology (SWAT) Team and directly provides accommodations to students in Silliman, Jonathan Edwards, and Saybrook Colleges, along with all Graduate School of Arts and Sciences programs. Outside of his role, Jordan can often be found debating philosophy with friends, taveling, and watching professional sports. 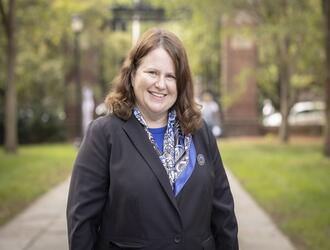 Susan Olson DIV’93 joined SAS in 2019 after fifteen years in student affairs work elsewhere at Yale. She has a Master of Divinity from Yale, a Master of Arts in Counseling from Michigan State and a Bachelor of Science in Music Education from the University of Illinois.  Outside of the office, Susan is a fellow and college advisor in Branford College, and an advisor to the University Wide Committee on Sexual Misconduct. In her spare time she enjoys singing, writing, swimming,  reading novels of dubious quality, teaching Mental Health First Aid, volunteering for New Haven Reads and The Hole in the Wall Gang Camp, and driving her teen-aged daughter to every golf course in the state of Connecticut. 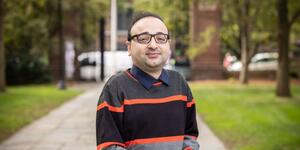 Shami joined SAS in 2021. He works with Yale College, graduate and professional students. Prior to joining SAS, Shami worked as an Access Advisor for the Disability Resource Center at Missouri State University where he specialized in working with Deaf and hard of hearing students. Shami also served as an Assistant Coordinator of Disability Resources at Washington University. He earned a MSW from Brown School of Social Work at Washington University in St. Louis (go Bears!) and a BA from Baku Eurasia University. He grew up in Baku, capital city of Azerbaijan and identified as a first-generation student. Outside of work, Shami enjoys cooking (trying different fish recipes), hiking and spending time with his friends. 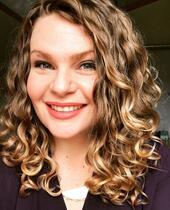 Sarah joined Student Accessibility Services in 2016, but has worked in disability advocacy since 1997.  Before coming to Yale, she worked in many areas of disability support including serving as a direct support disability advocate, managing residential facilities for adults with developmental disabilities, and as an accommodations coordinator at Washington University in St. Louis. Sarah graduated cum laude with a B.S. from University of Missouri St. Louis, and later earned a J.D. from University of North Carolina School of Law at Chapel Hill. She grew up in rural Missouri and identified as a first-generation and low-income student. Sarah is a Fellow and college advisor at Jonathan Edwards College. When Sarah’s not working with students, you can find her cooking Korean food or hiking Connecticut trails with her family and Old English Sheepdog, Coco. 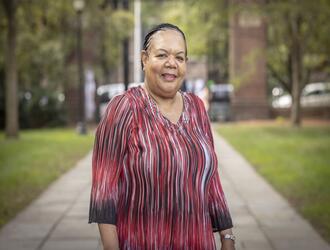 Carolyn is the Sr. Administrative Assistant of the office and serves as the principal source of information to students and staff. She schedules and coordinates meetings and appointments for all office staff.  Outside of work, Carolyn enjoys spending time with her family, at church and with her grandson RJ.